Cooper traces its roots back to Akron, Ohio when two brothers-in-law purchased the M & M Company in 1914, making tyre patches and repair kits. The owners then purchased the Giant Tire & Rubber Company to make "rebuilt" tyres and moved the business to Findlay, Ohio, in 1917. To this day, Cooper is still located in this original property at the intersection of Lima and Western Avenues.

Another investor, a Cincinnati-based auto parts dealer named Ira J. Cooper, established The Cooper Corporation in 1919 on an adjacent property for manufacturing new tyres. These two companies merged with The Falls Rubber Company of Cuyahoga Falls, Ohio in 1930 and formed The Master Tire & Rubber Company.

During World War II, Master Tire earned a special citation from the armed forces for converting to wartime production of inflatable rafts, pontoon bridges, lifesaving devices and waterproof bags. Decoy tanks and landing boats made by the company were used in the Normandy Invasion and throughout the European campaign.

In 1946, the company name was changed to Cooper Tire & Rubber Company. In 1960 the company was listed on the New York Stock Exchange.

Today, we are the 10th largest tyre manufacturer in the world and only one of two American-owned tyre manufacturers. We have gone from a single, small manufacturing plant in Findlay to three major tyre factories in the USA.

Cooper Tires are sold exclusively around the world through independent tyre dealers and distributors.

In 1988 Terry Smith, the General Manager for his family's retail tyre stores in Canberra, travelled to America to attend an international tyre show in New Orleans.

It was during this trip that he first saw the Cooper product and began the process of importing these tyres to Australia. Initially Cooper Tires were only sourced for sale through the family's retail stores in Canberra, but tyre retailers in other cities began requesting access to Cooper for their area. This began the wholesale of Cooper Tires in Australia and by 1991, Terry and his wife Susanne created a Brisbane-based wholesale distribution business to focus on developing the Cooper Tires brand throughout Australia.

Over the next few years, Cooper Tires was established as a major 4WD tyre in each state. Through continuing product improvements which are achieved by real-world field tests and feedback from our Australian customers, the range of 4WD tyres that Cooper Tires make in the USA continues to grow.

The distribution of Cooper Tires in New Zealand began with the importation of tubes direct from Amercia. Only 12 months later, Ed Reading, Head of International Sales at Cooper Tires, started working towards making Cooper tyres available to be sold in New Zealand. For over 20 years now Cooper Tires have sold throughout New Zealand and continue to expand throughout the country. Cooper Tires are a popular choice for many drivers and industry professionals with over 35 years experience they have been quick to support Cooper Tires and bring them into their in store range.

The Feedback and support from consumers has been incredible, and rewarding. Cooper distribution in Australia and New Zealand today continues with the same philosophy, which is to support the resellers of Cooper by vigorously protecting their territory and using retail experience to market Cooper effectively. 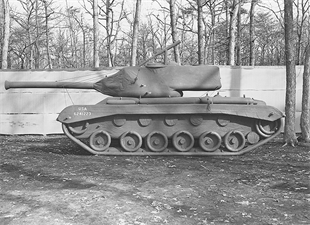 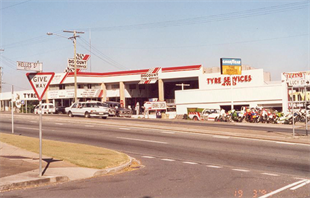